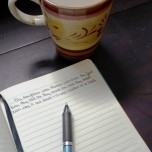 October 1: My daughters were thirteen and eleven the first time they told me they loved me, and they didn’t even say it out loud—it was written in a card. 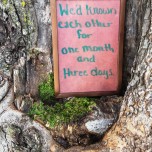 October 2: We’d known each other for one month and three days. 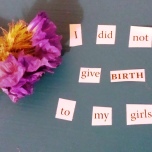 October 4: I did not give birth to my girls. 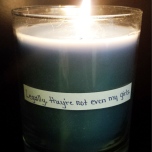 October 5: Legally, they’re not even my girls. 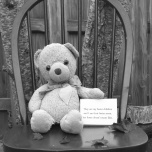 October 6: They are my foster children and I am their foster mom, but foster doesn’t mean fake. 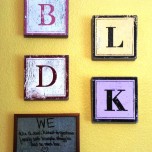 October 7: We are a real, honest-to-goodness family with triumphs, struggles, and so much love. 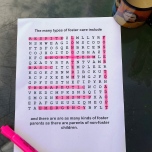 October 8: The many types of foster care include respite, short-term, long-term, basic, therapeutic, kinship, emergency, and foster-to-adopt, and there are are as many kinds of foster parents as there are parents of non-foster children. 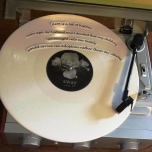 October 10: Here is a bit of history: Years ago, my husband and I decided that any children we brought into our family would arrive via adoption rather than my uterus.

October 11: We have never had any reason to believe we cannot have biological children; we simply knew early on if we were to ever have children, adoption through foster care care was the way we would go about doing it.

October 12: I think the seeds of this decision were planted approximately ten months into our marriage, just about four months after my twentieth birthday, when we suddenly found ourselves becoming the caregivers to two children under three years old.

October 13: At a time when many couples are talking about when to begin having children, we glimpsed behind the curtain of foster care and discovered thousands of children in need of a family. 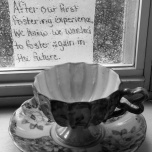 October 14: After our first fostering experience, we knew we wanted to foster again in the future.

October 15: But like many newly-married couples, we thought the ‘right’ way to bring children into our family was to have biological kids first and open our home to foster children once our own children were a bit older. (Side note: We would have made adorable babies together.) 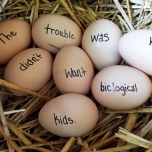 October 16: The trouble was we didn’t want biological kids. 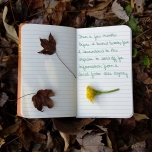 October 18: Then, a few months before I turned twenty-four, I surrendered to the impulse to send off for information from a local foster care agency.

October 19: A few weeks after the brochures arrived, we were in training to become foster parents. 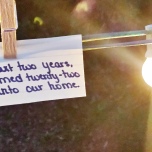 October 20: Over the next two years, we welcomed twenty-two children into our home. 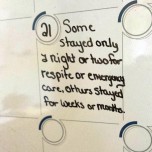 October 21: Some stayed only a night or two for respite or emergency care, others stayed for weeks or months. 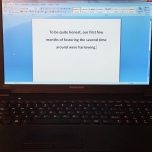 October 22: To be quite honest, our first few months of fostering the second time around were harrowing.

October 23: In our eagerness to do some bit of good for children, we said yes to the first child we were asked to take even though we were not well-equipped to manage many of his issues. 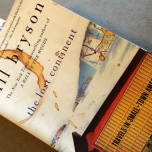 October 24: We also did not have a strong support system in place outside the walls of our home. (Side note: I absolutely adore Bill Bryson’s books. If you’re looking for a hilarious, informative read, you can pick up any of his books and find just such a thing.)

October 25: But we loved that boy and we did our best for him.

November 5: We loved every child who walked through our doors throughout those two years, even if they only stayed the night. (Note: I found this list in an old journal this past week. It includes all the children we’ve welcomed except for our current girls.) 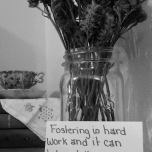 November 6: Fostering is hard work and it can take a toll on even the healthiest relationships.

November 7: In 2008, we stopped fostering on a full-time basis in order to step back and work on our marriage and our goals for our lives. 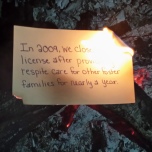 November 8: In 2009, we closed our license after providing respite care for other foster families for nearly a year. 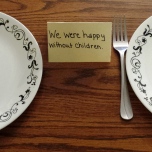 November 10: We were happy without children.

November 11: We both found our marriage, our friendships, our vocations, and our endeavors to do and be good in the world abundantly fulfilling. (Photo credit goes to my youngest, K.) 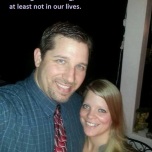 November 12: Nothing was missing, at least not in our lives. (Note: Today’s photo is a bit different. This is one of my favorite photos of us, taken nearly a year ago at my 30th birthday party. We had no clue we’d have kids in our home less than a year later.) 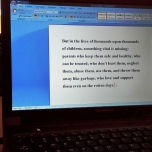 November 13: But in the lives of thousands upon thousands of children, something vital is missing: parents who keep them safe and healthy, who can be trusted, who don’t hurt them, neglect them, abuse them, use them, and throw them away like garbage, who love and support them even on the rotten days. 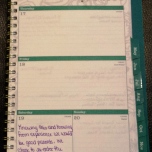 November 14: Knowing this and knowing from experience we would be good parents, we chose to enter the world of foster care again in the spring of 2014.

November 17: Paperwork, training, and waiting filled the next few months. (Note: I know this is a pretty crappy photo, but I took it when we started our newest foster journey to show how much preliminary paperwork we needed to fill out. I never expected to be using the photo months later in this project.) 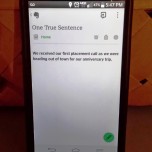 November 18: We received our first placement call as we were heading out of town for our anniversary trip. 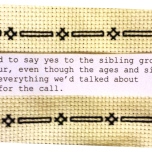 November 19: I was inclined to say yes to the sibling group of two, both under four, even though the ages and situation went against everything we’d talked about as we waited for the call.

November 20: When you get that call, it’s hard to say no. 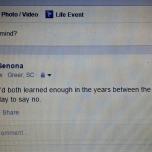 November 22: hankfully, we’d both learned enough in the years between the wrong yes and that day to say no.

One response to “One True Sentence”